A three seasons room is a perfect way to enjoy the warmer Wisconsin seasons and avoid being eaten alive by the “Wisconsin State Bird”—the mosquito. The woods, the water, and the amazing foliage is all beautiful, especially here in southeastern Wisconsin, and with our cold winters we like to spend as much time as we can outside when it’s warm.

As you can see by the photos below, the homeowner has a beautiful house near lots of trees. He called James Allen Builders because he wanted to relax in the backyard and avoid those pesky bugs. He wanted a three-seasons room.

The Second Challenge: Aligning the Roof to the House

The homeowner wanted a slightly rustic look to the three-seasons room and decided on exposed ceiling rafters. This meant that the rough framing had to be a little less rough and a little more clean cut. To solve this problem, we used a bead board as the ceiling plywood. Then in anticipation of a possible conversion to a four-seasons room sometime in the future, we installed 1.5” of foam and then put .5” OSB on top of the foam, so the three-seasons room could be converted to a four-seasons room in the future. We also ran electrical underneath the plywood so a ceiling fan could be added later without seeing the wiring in the exposed ceiling rafters.

The room addition was completed with a stepped walkway to the garage service door. Cedar shakes were also used along with screen windows and headers to complete the look of the room and to offer additional protection again the elements.

To look at the photos of the whole project, click on any of the images below to view a larger slideshow. 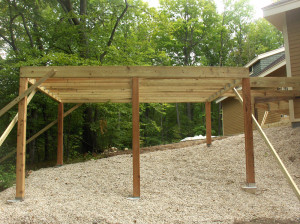 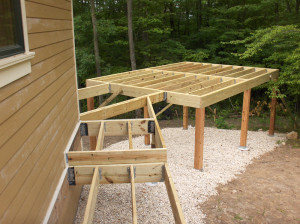 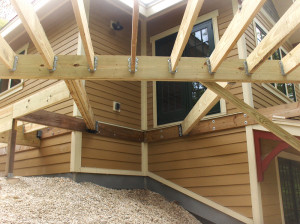 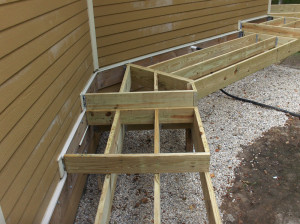 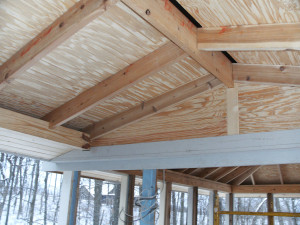 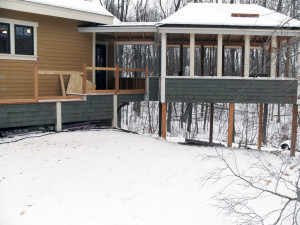 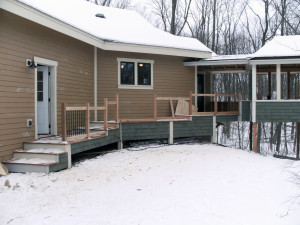 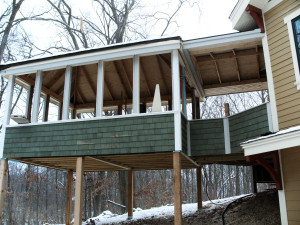 Contact Us Today to Discuss Your Future New Home

James Allen Builders was founded in 2004 by brothers, Justin Swanson and James Swanson III. The two started in the construction industry working for their father and grandfather while they were still in grade school. Having grown up in the business, they learned the importance of quality work and craftsmanship from an early age.